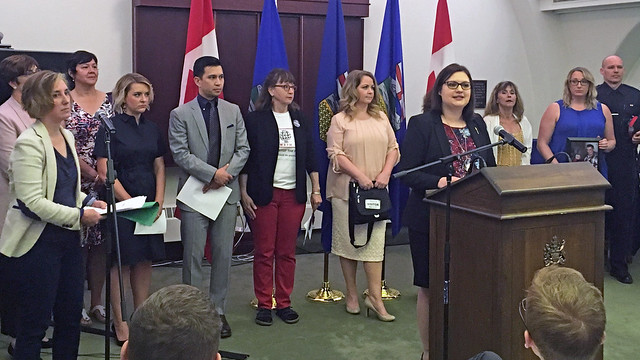 The Minister’s Opioid Emergency Response Commission was created with a new regulation under the Public Health Act. The commission’s mandate is to implement urgent coordinated actions to address this public health crisis.

“Responding to the rising toll of opioid-related deaths in Alberta is a top priority and must continue to be addressed with urgency. The new Minister’s Opioid Emergency Response Commission will guide the province’s continuing work and ensure each action we take will reduce the harms to opioid users, their families, their communities and first responders.”

“Our province is facing a historically unprecedented overdose epidemic. Addressing this crisis will take solutions grounded in evidence, and informed by frontline service providers, and people and families directly affected by substance use. Our commission includes these perspectives and is committed to urgent action that will reduce suffering and save lives. Today’s announcement is a positive step forward, but the path ahead will be challenging and will require measures that have never been taken before in Alberta.”

“Alberta has already taken many actions to address the opioid crisis. The diverse membership and expertise of the new commission will allow us to build and strengthen the actions already in place to prevent drug overdoses and advise on additional steps that can be taken. Our aggressive and coordinated approach will continue to focus on getting Albertans who use substances the help they need.”

“I’m pleased that the family voice is being included on the commission. My son Danny died of an accidental overdose. I don’t want one more family to suffer such a tragic loss. Today’s announcement gives hope that lives will be saved.”

In addition, the new regulation gives the Minister of Health greater powers to:

The commission will make recommendations and develop a proposed budget on $30 million in new provincial money dedicated to the opioid crisis.