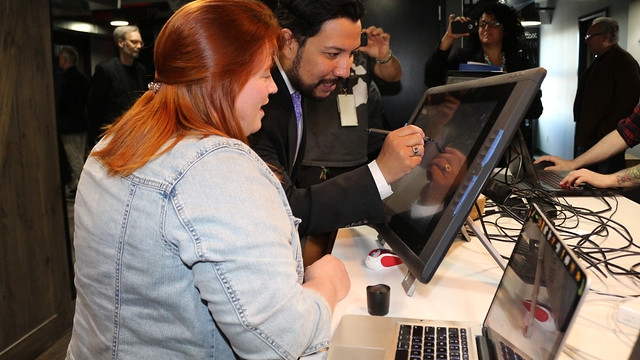 The $1.5-million Interactive Digital Media grant will cover up to 35 per cent of eligible labour expenses for new hires. It is estimated that this grant alone will create more than 60 full-time jobs.

The $1.5-million Post-production, Digital Animation and Visual Effects grant will cover up to 18 per cent of eligible Alberta labour expenses. It is estimated that the grant will attract and retain up to 80 projects in the industry.

“We have a tremendous amount of homegrown talent ready to work and help expand our vibrant cultural industries. These grants will help Alberta’s post-production and digital media companies grow and create jobs, diversify our economy and make lives better for Albertans.”

Developed in consultation with industry stakeholders, the pilot grants will be labour-based, targeting small and medium-sized enterprises. Applications will be accepted on a first-come, first-served basis, with a per-company maximum of $200,000 in grant funding.

"The interactive digital media and post-production grants both offer much-needed stimulus to our growing digital media sector. These grants will help increase the production capacity of many small and medium-sized production studios across Alberta, ultimately delivering jobs and real economic impact.”

Eligible companies can apply for grant funding beginning May 23 at albertamediafund.ca

“There was a lot of consulting and work done to get to this point. These grants are fantastic incentives to help support growth in our industry and provide more opportunities for students and producers to continue working in Alberta.”

The grants were developed with funding through the Capital Investment Tax Credit to help support direct and indirect jobs and encourage new investment in Alberta.

These opportunities will also help individuals and companies develop technical expertise, creating an economic and creative climate to sustain the sector while growing and diversifying the industry.