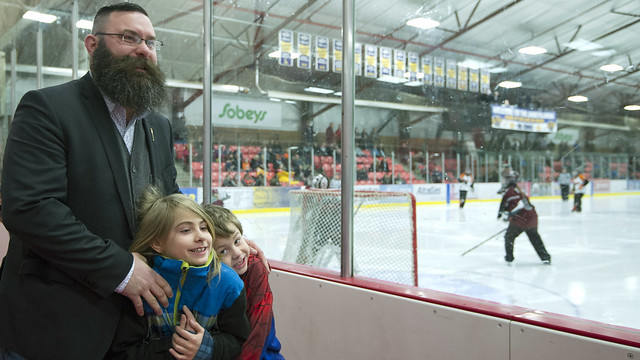 Proposed changes to the Municipal Government Act (MGA) reflect the input of municipalities, community organizations, Indigenous groups, school boards, small businesses, industry and the public that was collected following the release of a discussion guide in November 2016.

“We’re listening to Albertans and responding to their ideas for how our government can make practical changes that make their lives better. These changes will make a real difference for how municipalities collaborate on what is important to families and communities. I am very proud to be proposing the final touches to this legislation as we approach the finish line for the MGA review.”

An Act to Strengthen Municipal Government proposes amendments to the MGA that would augment relationships between municipalities and Indigenous communities, including a notification requirement that Alberta would be the first province to legislate. The bill would also make Alberta the first province to let neighbouring municipalities collaborate on off-site infrastructure, such as recreation centres and libraries that benefit Albertans in a region. The amendments also include changes to strengthen collaboration between school boards and municipalities.

“Collaboration ensures strong communities and increased quality of life for Albertans. Local governments can advance cost-effective regional approaches for infrastructure and service delivery through new tools such as inter-municipal off-site levies and greater use of joint use agreements with school boards. We appreciate that the province adjusted many of its initial approaches for the bill to ensure the provisions are more practical for municipalities."

“We appreciated working closely with Municipal Affairs on this legislation. The government has heard our concerns and acted on them – in particular, introducing mandatory joint use and planning agreements. It benefits Alberta families and communities when municipalities and school boards work together on integrated long-term planning for school sites and facilities. Further clarifying exemptions for off-site levies is also good news for school boards, because it means more dollars remain in our classrooms.”

Proposed changes also include empowering municipalities to create parental leave policies to make local politics more family friendly and accessible to women and new parents. Alberta would be the third province to do this.

“It’s great to see this change. This is not just about women, this is about families. There are so many bright, talented individuals out there and having a child should not be reason to hold any of them back from becoming a municipal leader.”

The bill is a major milestone for the comprehensive review of the MGA that has included input from more than 7,500 Albertans and more than 150 meetings with groups of stakeholders.

“The MGA review is the gold standard for government consultation.”

“Through the MGA review process, AAMDC has been grateful to have been at the table. This journey has been open, inclusionary and fair. Though you never get everything you ask for, in the end we have current legislation that for the most part reflects municipal challenges and we are proud to have been part of it.”