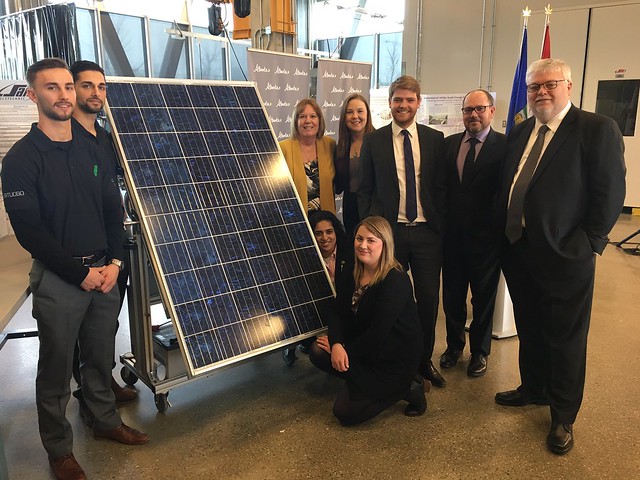 The Alberta Electric System Operator is set to open the first of a series of competitions to create greener energy in the province, putting Alberta on track to achieve its target of 30 per cent renewable electricity by 2030.

“We’re excited to kick off our program to create jobs, diversify our economy and increase private-sector investment in Alberta’s electricity system. I’ve been hearing a lot of interest from industry in anticipation of this launch. This will be a competitive process, bringing the most renewable generation online at the lowest cost.”

The first competition will see companies bidding to provide up to 400 megawatts of renewable electricity, which could power up to 170,000 homes. Successful projects will be announced around the end of the year. The expression of interest stage officially opens on March 31.

The program will not be funded by consumer electricity charges. Successful projects will be private investments supported by carbon revenues from large industrial emitters. As a competition-driven process, it will achieve the most renewable energy development for our investment, keeping costs as low as possible while maintaining a reliable and sustainable electricity system.

The projects are expected to be operational by the end of 2019. In total, the Renewable Electricity Program will support the development of 5,000 megawatts of renewable electricity capacity by 2030.

“The renewables sector is one of the key areas of growth for Calgary as we become a green energy hub. It is an important element of our overall position as a centre of excellence in all things energy.”

“Since graduating in 2015, I’ve seen exponential growth in the number of jobs in areas of wind and solar technologies. I’m looking forward to even more jobs and investment as this industry thrives and expands in Alberta.”

The recent proclamation of the Renewable Electricity Act formally brings into force the Renewable Electricity Program, sets the 30 per cent of renewable electricity target and allows for the development of interim targets for the program. In addition, it ensures that environmental protection is in place for all large renewable projects, including wind and solar projects, under the program.

More information about the Renewable Electricity Program is available from the Alberta Electric System Operator at www.aeso.ca/rep.