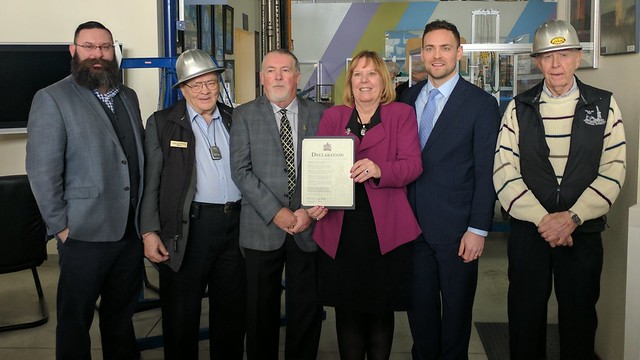 On this 70th anniversary of the Leduc #1 strike, the Minister of Energy is recognizing this turning point in Alberta’s history by declaring Feb. 13, 2017 Alberta Oil and Gas Celebration Day.

“The communities and the people who are part of the oil and gas sector have made tremendous contributions to building our province. We’re proud to recognize this heritage as part of the anniversary of Leduc #1. I congratulate everyone who helped make this industry the Alberta success story it is today.”

“Recognizing the importance of the discovery of Leduc #1 is key in preserving our history. Celebrating our past will help us build a stronger future, and we appreciate everyone involved for helping make it happen.”

“Given the historical significance of Leduc #1 to not just Alberta, but all of Canada, it’s important to take one day out of 365 to recognize the hard work, innovation, entrepreneurial spirit, and dedication of oil and gas workers in Alberta and across the country. We’d like to thank Minister McCuaig-Boyd, the AUMA, and all others who helped make this happen.”