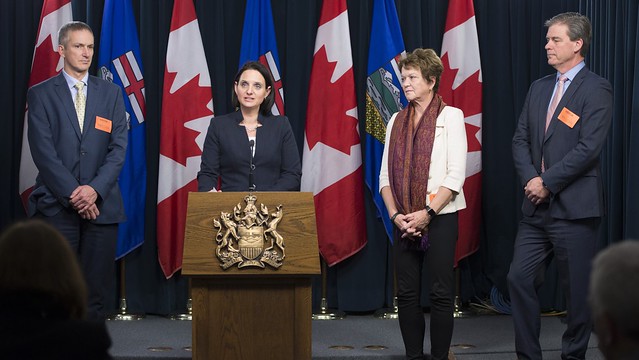 “I want to say thank you to the thousands of Albertans who took the time to provide their feedback to make this legislation even better. Amendments that were tabled today would make the Modernized Municipal Government Act stronger and more effective, thanks to what we heard. For the feedback that addressed new, but important, areas for change I am pleased to share the discussion guide on what changes we hope to make in the spring based on that feedback.”

The Modernized Municipal Government Act was introduced in the legislature on May 31, 2016. Over the summer, government representatives travelled to 20 communities to speak with and listen to municipal partners, community organizations, businesses, industry and the public about the act. The government is introducing amendments to the bill based on that feedback.

The Modernized Municipal Government Act would, as an example, expand the types of projects that could be funded through offsite levies. Those levies are already used by municipalities to help pay for roads, water, storm and sewage systems. The bill adds fire halls, police stations, community recreation facilities and libraries to the list, when the new development receives 30 per cent or more of the benefit of the new facility.

During the consultation tour, government clearly heard that municipalities felt a 30 per cent threshold would disadvantage smaller communities, since they couldn’t use the policy tool to create complete communities. For that reason, the government is introducing an amendment to remove the 30 per cent minimum threshold.

“Expanding the scope of offsite levies ensures that the cost of building the infrastructure necessary to support Alberta's growing communities is distributed fairly. We appreciate that the province listened to municipalities' concerns and removed the proposed 30 per cent restriction as it would have prevented this tool from being used in many communities experiencing growth across Alberta. Municipal governments will now have the flexibility they need to work with local developers to assess levies that are appropriate for their communities.”

Other amendments include technical and clarifying matters related to planning and development, assessment and Intermunicipal Collaboration Frameworks.

A number of new ideas were also raised during the summer engagement tour. To fully explore those with Albertans, the government is releasing Continuing the Conversation: Further Topics for Discussion on the Municipal Government Act. The guide summarizes topics that emerged over the summer and proposes ways the act could be amended to address them.

For example, the government heard there is interest in considering parental leave policies for municipal councillors. There is no specific reference to such leave in the MGA, but the discussion guide outlines ideas that might encourage more parents and women to seek public office.

“It’s great to see this potential change as part of the discussion moving forward. There are so many bright, talented women out there and having a child should not be reason to hold any of them back from becoming a municipal leader.”

“Municipalities play a pivotal role in environmental management and protection in Alberta. Expanding and clarifying municipal purposes to include environmental stewardship benefits all Albertans and ensures municipalities can address their constituents’ environmental goals. Enabling direct, local action by municipalities to address environmental concerns - such as protecting environmentally sensitive areas and responding to climate change - is key to building resilient and sustainable communities.”

Other topics for discussion include municipal collaboration with school boards, and finding ways to help Indigenous communities and neighbouring municipalities work together on land-use planning and service delivery.

Albertans can have their say through an online questionnaire or written submissions until Jan. 31, 2017. The government will review the feedback and bring forward any amendments during the spring session. All changes to the act, including regulations, would come into force before municipal elections in the fall of 2017.

With 710 sections, the Municipal Government Act is our province’s second-largest piece of legislation and touches the daily lives of all Albertans by defining how their municipalities are governed, funded and developed.

The current MGA review began in 2012. Initial consultation involved input from approximately 1,500 people at 77 community meetings. Government received more than1,250 written submissions after 15 months of intensive policy discussions with representatives from municipalities and industry, the oil and gas sector, builders and developers, the Alberta Urban Municipalities Association and the Alberta Association of Municipal Districts and Counties.

During the second round of consultation, the province heard from people in June and July about proposed changes to the act.In total, 2,402 people attended 21 public sessions across Alberta, 2,376 questionnaires were submitted and there were 122 letters.

The government will craft new regulations and update existing ones to accompany key changes in the modernized MGA with input from municipalities, key stakeholders, and the public.

Regulatory review and development is ongoing until early 2017 with resulting regulations posted online for public review and feedback before they are finalized and approved.