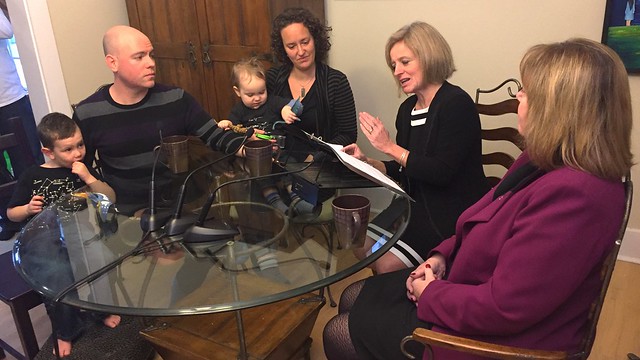 When fully implemented in June 2017, the government’s rate ceiling will ensure that Albertans pay no more than 6.8 cents per kilowatt hour – an available long-term contract rate – for electricity over four years.

During the period from June 2017 to June 2021 that the rate ceiling is in effect, consumers on the Regulated Rate Option (RRO) will pay the lower of the market rate or the government’s ceiling rate.

This rate ceiling will be automatically applied to the bills of consumers on the regulated rate. Albertans may also choose to continue to take advantage of an offer from any private supplier they believe better suits their needs.

The government will consult with distributors, RRO providers, retailers and consumers, beginning in December. The Minister of Energy will lead the consultation on this plan.

“Previous Alberta governments experimented with a risky and volatile form of electricity deregulation. This experiment left families, businesses and our economy at the mercy of sudden price spikes and uncertainty like we’ve seen in the past and need to protect against in the future. This week, we will announce more steps toward ensuring a future of reliable energy at stable, reasonable prices for Albertans.”

Further measures will be announced to address this ongoing volatility.

This week, the government will also outline a series of reforms that will: