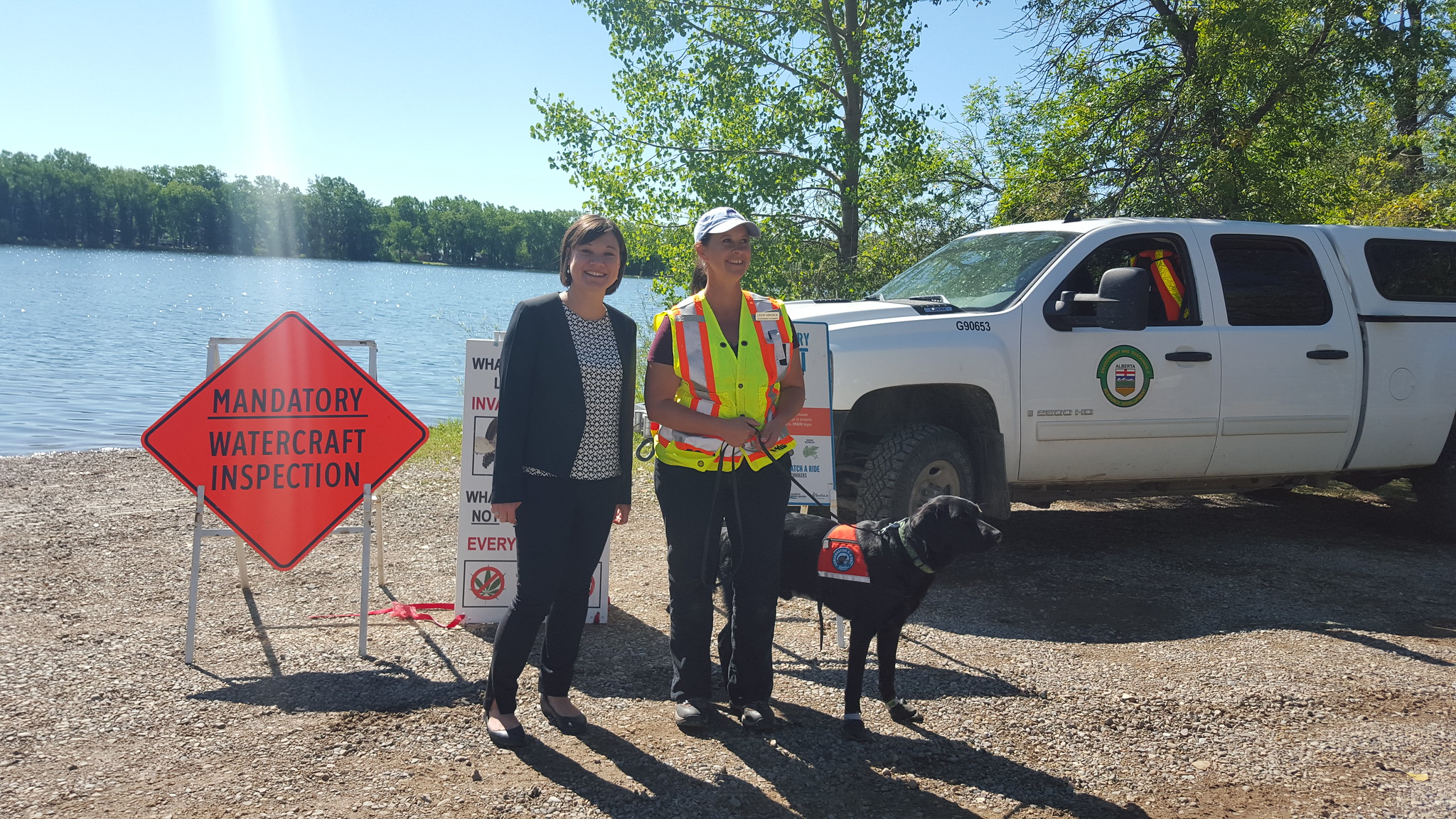 Aquatic invasive species, including zebra and quagga mussels, are serious threats to Alberta’s waterways. The province is so committed to keeping Alberta mussel-free that mussel-sniffing dogs are now a permanent addition to the Aquatic Invasive Species (AIS) Program.

“The creation of the Conservation K-9 Program is just one part of the multi-faceted approaches we are taking to keep destructive mussels out of the province and to protect our bordering neighbours.”

Hilo, Seuss and Diesel have been suited up with their vests and protective booties since June, working their tails off at mandatory boat inspection stations throughout the province.

Working Dogs for Conservation recruited the dogs from rescue organizations across North America and, along with officers from the California Department of Fish and Wildlife, trained them and their handlers. Several Irrigation Districts contributed the funds needed to employ the four-legged inspectors.

“The success of the AIS program is in the results: we are winning the battle against zebra and quagga mussels. It is exciting to consider how far we have come in a short period of time and it is even more exhilarating to envision where we’ll go with the team approach that has been struck.”

Seuss works at the Vermilion inspection station, Diesel splits his time between the Dunmore and Burmis stations, while Hilo travels around the province assisting at any of the other permanent and roving stations.

More than 12,200 inspections have been completed this boating season, and 10 boats were decontaminated for mussels. Zebra and quagga mussels can spread quickly and live out of water for up to 30 days. Once introduced to a waterbody, they are virtually impossible to eradicate. The province estimates that an infestation of invasive mussels in Alberta could cost the province more than $75 million annually – including damage to infrastructure and recreational opportunities.