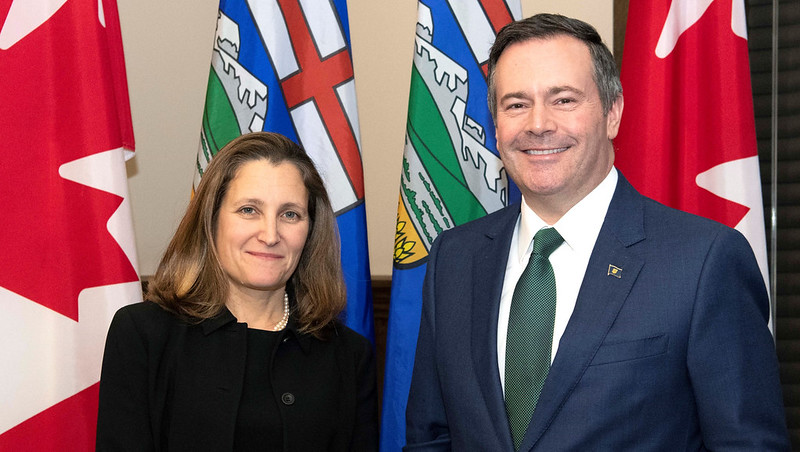 “I appreciate that Deputy Prime Minister Freeland has taken the time to travel to Alberta and have these important discussions and to see for herself how serious the economic challenges are for Albertans. I reiterated to her Alberta’s urgent priorities – actions that can be taken now by the federal government to show it is committed to addressing our jobs crisis. We’ve offered clear, practical options to the federal government to support our province even as we continue to contribute about $20 billion net each year to the rest of the country. But we need action from Ottawa now.”

Alberta has contributed $630 billion net to the rest of Canada since 1961. In the last 11 years alone the net transfer from Albertans to the rest of the country was $240 billion.

“Given the massive and disproportionate contributions Alberta has made to the country over the years, and continues to make, it is not too much to ask that the rest of the country now show its commitment to helping us in our time of need – first and foremost by removing barriers to getting our products to market. We are simply asking for fair treatment.”