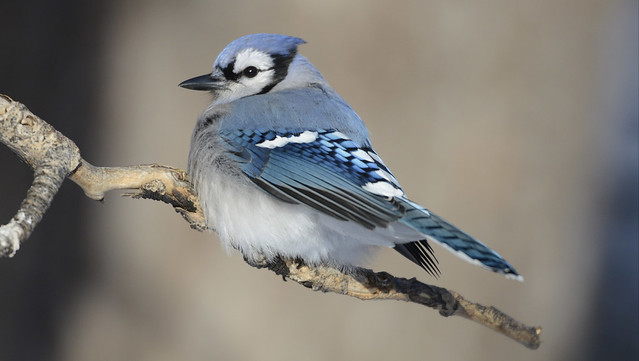 Blue jays are commonly found across Alberta during the Christmas Bird Count.

Cities and towns across Alberta have begun the annual Christmas Bird Count, which takes place every year between Dec. 14 and Jan. 5. Each local area plans its own bird count and provides data to the National Audubon Society.

The results of the bird count play an important role in protecting bird species year-round. Wildlife biologists at Alberta Environment and Parks use the data to assess bird population trends and inform strategies to protect birds and their habitat.

The Christmas Bird Count is a fun outdoor activity for the whole family to learn about birds and become active participants in wildlife conservation.

“The Christmas Bird Count is a great example of how everyday Albertans can play an important role in wildlife conservation. Thank you to the thousands of volunteers across the province who participate in this one-of-a-kind initiative.”

Although many birds migrate to warmer climates in the winter, you might be surprised to learn how many birds stick around all year long.  Although we are all familiar with the common winter species, such as chickadees, house finches, magpies and blue jays, the Christmas Bird Count uncovers a few more unusual winter gems.