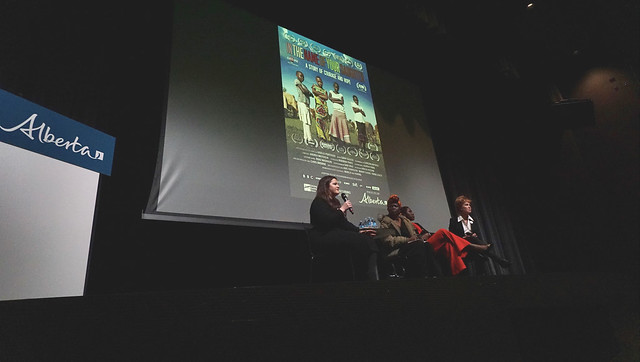 MLA Michaela Glasgo moderates the panel at the In the Name of Your Daughter screening, Nov. 27, 2019.

Minister Leela Sharon Aheer arranged a Nov. 27 screening as part of the annual 16 Days of Activism Against Gender-Based Violence. This award-winning documentary looks into the complex issue of female genital mutilation/cutting (FGM/C), a practice that is considered a human rights violation by the United Nations.

“I am passionate about ending female genital mutilation and cutting, or FGM/C. This screening is just a small look at one community’s approach to addressing FGM/C, and can’t fully capture how complex this global issue is. But my hope is that the film will raise more awareness, encourage people to seek out more information, and help us find out what we can do in Alberta to prevent all forms of violence against women and girls in our province.”

Shot in northern Tanzania, In The Name Of Your Daughter follows a courageous group of girls who have to make a difficult choice: submit to FGM/C and the child marriages their parents have arranged, or risk their lives by running away, not knowing if they’ll ever see their families again.

Following the screening at the Royal Alberta Museum, Michaela Glasgo, MLA, Brooks-Medicine Hat moderated a panel discussion with the film’s director, Giselle Portenier, and experts in women and gender studies: