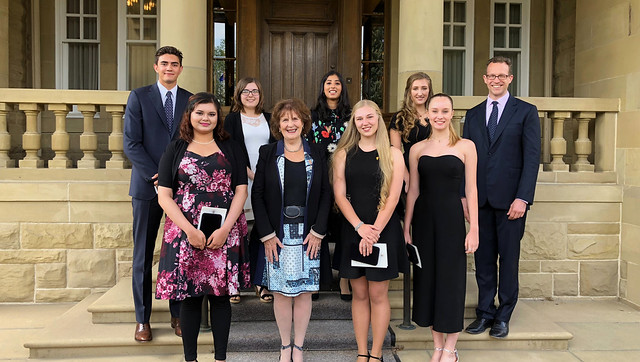 “The awards recognize the many contributions that these dedicated young Albertans have made to date, while encouraging their ongoing development as community and artistic leaders. I wish them well with their continued education and I look forward to seeing where their common spirit of adventure and dedication to excellence take them in the years ahead.”

“These 10 extraordinary students have accomplished so much to add to quality of life for Albertans. From exceptional artistic talent, to raising awareness and advocating for change on important issues, these young Albertans are dreamers and leaders. I am humbled and inspired by their accomplishments, and I wish them continued success in their future goals.”

Each award includes a $5,000 cheque, a letter of congratulations from the minister of Culture and Tourism and a medal and letter of commendation presented by the lieutenant-governor.

The 2017 citizenship award recipients are:

The 2017 arts award recipients are:

*Unable to attend the ceremony

In 2002, the Queen Elizabeth II Golden Jubilee Citizenship medal and scholarships in performing and visual arts were established to acknowledge those who support and contribute to their communities through public service, voluntary endeavour and artistic accomplishments.