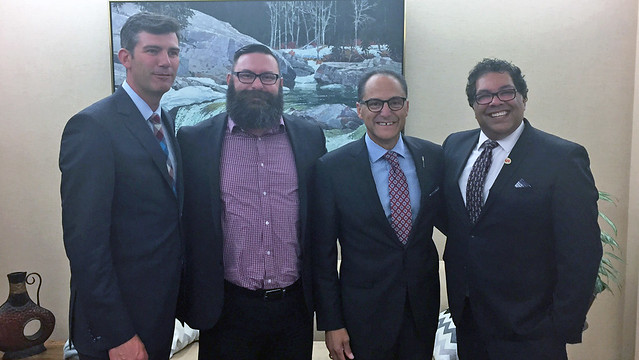 After hearing from thousands of Albertans, both in-person and online, the Alberta government and the cities of Edmonton and Calgary have developed a draft city charter that will better support the cities’ ability to provide services and attract investment.

“We are making practical changes that recognize Alberta’s two largest cities have different opportunities and needs than our province’s smallest municipality of 25 people. The Government of Alberta has collaborated with the cities of Edmonton and Calgary to strengthen the existing partnership and enhance our collective ability to tackle the challenges facing Albertans.”

The province and the cities have also agreed on the scope of further work on a new fiscal framework. This includes the development of a new infrastructure-funding formula based on provincial revenues that grow with the economy. No new taxes are included. The three governments will also work to develop a new system for administering the existing destination marketing fee which will improve transparency and accountability. Lastly, the parties will find administrative efficiencies through a review of tax authorities and give the cities greater accountability for debt management.

“In partnership with the cities, we are working toward a fiscally sustainable approach to funding municipal infrastructure that recognizes that the cities are partners in growing our economy. The cities will share the downside of revenue decreases like we’ve seen in recent years, and their funding will increase when the economy – and the pressure on their infrastructure – grows.”

The city charter also includes regulations that will help streamline processes and services, such as allowing the cities to create a tribunal to manage municipal parking and transit tickets so those cases no longer have to go to provincial court.

As well, the charter will help Calgary and Edmonton become better environmental stewards by allowing them to provide loans to homeowners for energy-efficient or renewable energy upgrades.

“Today is a major step forward for city charters for Alberta’s two largest cities. The proposed charter provisions and collaboration agreement dramatically reduce red tape between governments, making it easier for us to provide more efficient and better services to our citizens. Clarity on the new fiscal framework also means we can better fund our cities without new taxes. In all, this is a big deal that will benefit Calgary and Calgarians well into the future.”

“Today’s commitment to move towards implementing a new funding formula to replace expiring capital grant funding is very welcomed news. It’s an acknowledgement of Calgary and Edmonton’s advocacy efforts, along with a collaborative partner in the provincial government, to recognize the impacts our cities have in Alberta’s overall economy.”

Now that the city charter has been introduced, Albertans have another opportunity to provide feedback. The draft city charter will be posted online for 60 days, giving Calgarians and Edmontonians until October to review it and share their thoughts.