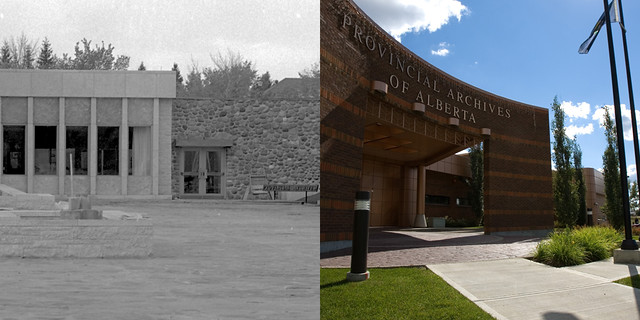 The PAA is celebrating its 50th anniversary with a year of special events and exhibits. Beginning with the unveiling of a commemorative logo and preview of upcoming anniversary attractions.

The PAA officially opened on Dec. 6, 1967 and is a treasure trove of the past that has something to offer everyone – from seasoned genealogists to individuals curious about their ancestors. Albertans are invited to explore the archives’ vast collection of photographs, documents, sound recordings and unique exhibits that will acquaint visitors with the cast of legendary characters who wrote and starred in Alberta’s story.

“The archives makes Albertans’ lives better by preserving their past for future generations. It’s a place that holds incredible stories about who we are as Albertans and where we came from. I invite everyone to visit the archives and discover a place that inspires so many – from authors, artists and filmmakers to architects, town planners and entrepreneurs. Thank you to those who have donated to the archives and continue to preserve our history.”

As we celebrate the 50th anniversary of the PAA, we also mark the 100th anniversary of the founding of the Alberta Provincial Police. The “Let Justice Be Done” exhibit at the PAA presents the story of the police force, which operated from 1917-1932 and established a reputation as one of the most efficient police organizations of its kind in the world.

“Thanks to the Provincial Archives of Alberta, my grandmother’s story of homesteading in rural Alberta has lived on. We are grateful for the work of the archives and its staff who ensure our family history is not forgotten and have given us a chance to honour our grandmother as an amazing pioneer in the early days of Alberta.”